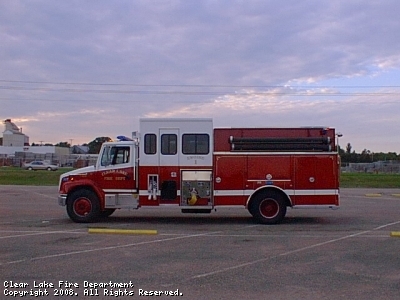 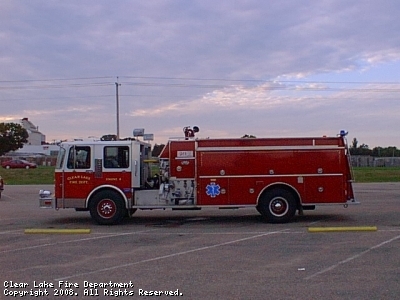 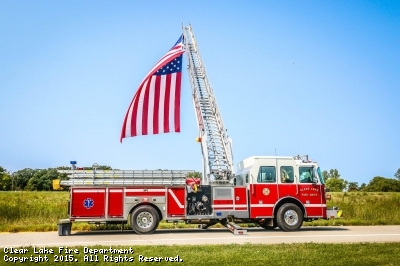 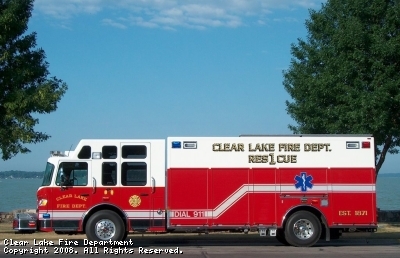 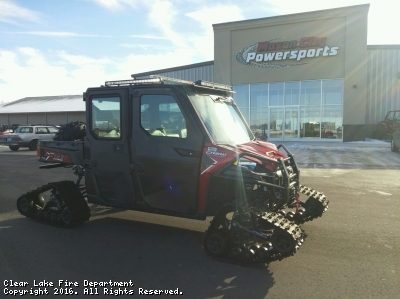 This Polaris Ranger 900 Crew Cab UTV. The Ranger is equipped with a cab with heat to allow the crew to stay warm when working on the lake in the winter. It also is equipped with tracks and a winch to almost ensure the Ranger will not get stuck in the snow or mud. The tracks allow us a vehicle that is capable of traversing on the lake across snow drifts in bad weather to reach a snowmobile accident victim or maybe a medical issue an ice fisherman might be having. With 68 horse power the Ranger has plenty of power to get the job done. The 1000 pound box capacity will allow the department to swap the tracks for wheels in summer and fall and put the grass fire fighting pump in the box and use the vehicle for grass and field fires where off road capabilities are needed
3357 - Brush Truck 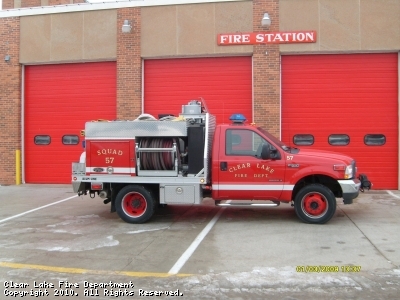 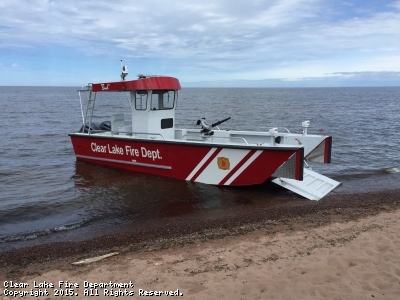 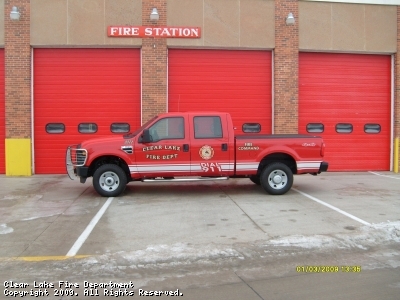 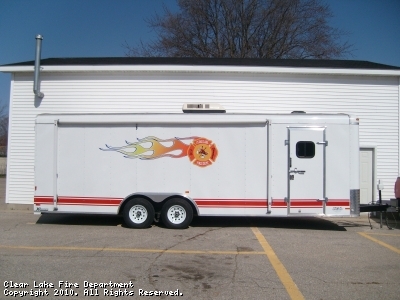 Copyright © 2006-2021. YourFirstDue Inc. All Rights Reserved. Designated trademarks and brands are the property of their respective owners. Content on this web site is supplied by Clear Lake Fire Department. YourFirstDue Inc. cannot be held responsible or liable for any content, text, pictures, or any other media found on this web site. Maintained by the members and staff of Clear Lake Fire Department.
Management Login
Powered by